Music Commissioned by the Mexican Consulate in Boston

Music and Video Produced and Audio Engineering by Jandro Cisneros

The MFA from SMFA at Tufts - Discover Who You Are

A conversation with Bryan Stevenson

"I can be so many things" – Darynn Dean

Five Things to Know about Tufts

Imagine what you can achieve! – Welcome to the NEC

Imagine a world without music. Even if you don’t consider yourself to be a music enthusiast or you’re far from musically gifted, it’s easy to see how music can affect our daily lives, our moods, our relationships and all of our experiences. Music can change your perspective; it can alter how you see the world […]

UR2.Global Names – Latin Artist Jandro Cisneros as the 2019 Honorary Artist-in-Residence for its 4th Annual Artist Challenge to Uplift the Self-Esteem of Humanity; Calling Dancers & Choreographers This year commemorates the 4th Annual UR2.Global Artist Challenge where the psycho-spiritual arts organization selects an Honorary Artist-in-Residence to help motivate artists around the world to join them in […]

By Peter Spellman …”Today’s music entrepreneur is often a composite of various skill sets and these allow one to take on a great variety of work on the front end of one’s career. “For example, being a video producer, a photographer and graphic designer next to Berklee musicians made me a very helpful resource for […]

EL NORTE, by Luis Raul López, 01/25/15 English Translation During almost 15 years, Alejandro Ramirez Cisneros lived with one goal in mind, study at Berklee College of Music. Today after accomplishing a dual major from the best music school in the world, his goal has changed; his goal now is to coach and mentor others […]

ABOUT DOMINIO RADIO 96.5FM AND LIVING PASSIONATELY (VIVIR CON PASION) For 45 years, Dominio Radio 96.5 FM, owned by Mass Communications Group, has been braodcasting in Mexico. Founded by Don Jorge Gamez Gonzalez, the Dominio Radio has been a pioneer in radio broadcasting in Mexico, being the first to develop new forms of programming and journalism. […]

CON GANAS! Con Ganas! is Magazine TV Show from TV Azteca Noreste, aired Monday’s through Friday’s from 9:50am-11am, with the purpose of providing views with a variety of entertainment, from music to cooking, fashion and comedy. In 2015, Alejandro Ramirez Cisneros was a musical guest on the program. TV AZTECA Con Ganas! is broadcasted by […]

Bostoniano: The Pillars Joins Growing Italian Music Scene in Boston, 6/30/14 By Nicola Orichuia Boston’s latest Italy-inspired musical project, The Pillars, made its debut on June 28 at the Dante Alighieri Society. Headed by the powerful and sensual vocals of Milan-native singer-songwriter Cristina Vaira and Jandro Cisneros — both Berklee College of Music alumni — […]

Segrate Oggi: Cristina Vaira will sing in Massachusetts on Saturday to celebrate the 100 year of Italian cultural promotion in US.

June 17, 2014 The Voice of Segrate thrills Usa English Translation One year ago, we left her few days before her concerts “Revolution of Love” and now we found her again close to a great new date: a concert at the Dante Alighieri Society, the cultural center in the heart of Cambridge, Massachusetts. Cristina Vaira, […] 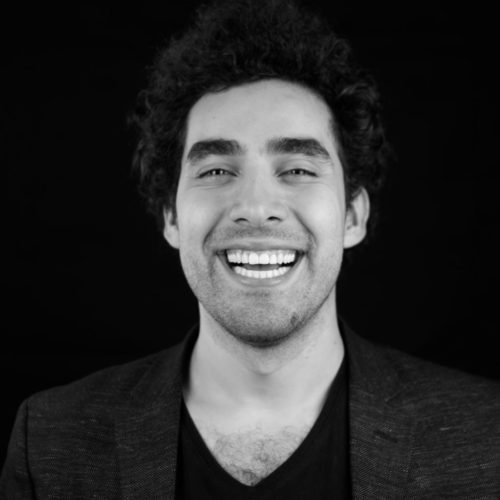 “We are obsessed with the lyrical art of Jandro Cisneros. We are inspired by his message and his music. We are obsessed by his work and his words. We are empowered to do more and be better thanks to his gift and his dedication to his craft. And above all, we are grateful for the beautiful art that he has created for us to enjoy” – BeLatina News

Creative genius Alejandro Ramirez-Cisneros, also known as Jandro Cisneros, is an internationally known artist, professional music producer and songwriter, film and video producer, motivational public speaker and Berklee College of Music Professor from Monterrey, Mexico. Before he moved to Boston, USA in 2011 to study Music Production/Audio Engineering and Film Scoring at the prestigious Berklee College of Music, he completed, in Mexico, a degree in Mass Communication with a concentration on Film, TV, and Radio from the Tecnologico de Monterrey University, and earned his diploma in Classical Guitar Performance from the Escuela Superior de Música y Danza de Monterrey.

He created and hosted a radio show called ‘The Lighthouse of Heaven’ in FrecuenciaTEC 94.9FM which ran for 4 years, eventually bringing the show to the BIRN, Berklee Internet Radio Network which aired for another couple of years. Jandro also gained experience in television by working as a TV production assistant, reporter, and music composer for a couple of TV shows, “Studio” & “Opción Múltiple” for the Mexican TV network Televisa Monterrey, composing the music for both shows. Jandro graduated on May 10th, 2014, from Berklee College of Music with a dual degree in Music Production and Film Scoring, what Jandro considers “the best Mother’s Day gift” that he could have ever given to his mother, an award-winning Doctor and survivor of domestic violence.

Jandro has scored multiple award winning short-films and documentaries, two of them directed by Fr. John Wykes, OMV – “Shot by Shot – The Magic of Moviemaking, and “Nunc Coepi – The Life of Venerable Bruno Lanteri,” winner of the best film award at the Auckland Film Festival in New Zealand and featured on national TV in Italy and the Vatican. He has also worked as videographer for HBO’s documentary On Tour with Asperger’s Are Us, as well as worked with international recording artist such as Lauren Hashian (Dwayne Johnson’s wife), Musiq Soulchild, Jazz Boston, Grammy winner Javier Limón, Grammy nominee David Liebman, Boston Symphony Orchestra, Ben Wright and Thomas Rolfs, Verona Quartet, and Oscar Winner A.R. Rahman to name a few.

Jandro Cisneros had founded The Pillars Productions LLC, a production company created with the mission of producing uplifting media content, both for visual media and audio. As well as co-founded with his wife a band called Jandro & Cristina, formerly The Pillars, Boston’s latest international musical project based on the proverb: “If you want to go fast, go alone, but if you want to go far go together.”

In 2019, Jandro Cisneros released two music singles, “Self-Respect” and “Adiós Resentimientos,” receiving national and international recognition. He was awarded and named 2019 artist-in-residence by UR.2 Global, an organization whose mission is to assist in uplifting the global self-esteem of the world’s people via the performing arts, and he’s the first Mexican to obtain such distinction. In 2020 Jandro released the music single “Liberta, Libertad!” with his wife Cristina Vaira, for their duo project Jandro & Cristina, a song composed to provide support to families struggling with 2020’s COVID-19 pandemic. They were both invited right after to speak at the “United Nations Women Film Festival” to provide their insights around the challenges of COVID-19 for working artists/parents.

In 2022 Berklee College of Music invited Jandro Cisneros to join as professor and faculty member in the Contemporary Writing and Production department, where he teaches advanced music production, among many other music production courses. He is also currently working as the Senior Multimedia Producer for the renowned Tufts University, as well as continuing with the production and composition of the new album, both for his duo Jandro & Cristina, and his solo project Jandro Cisneros. 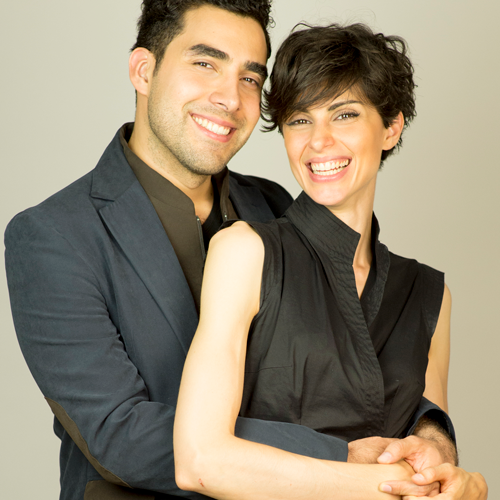 Use the form below to drop me an e-mail